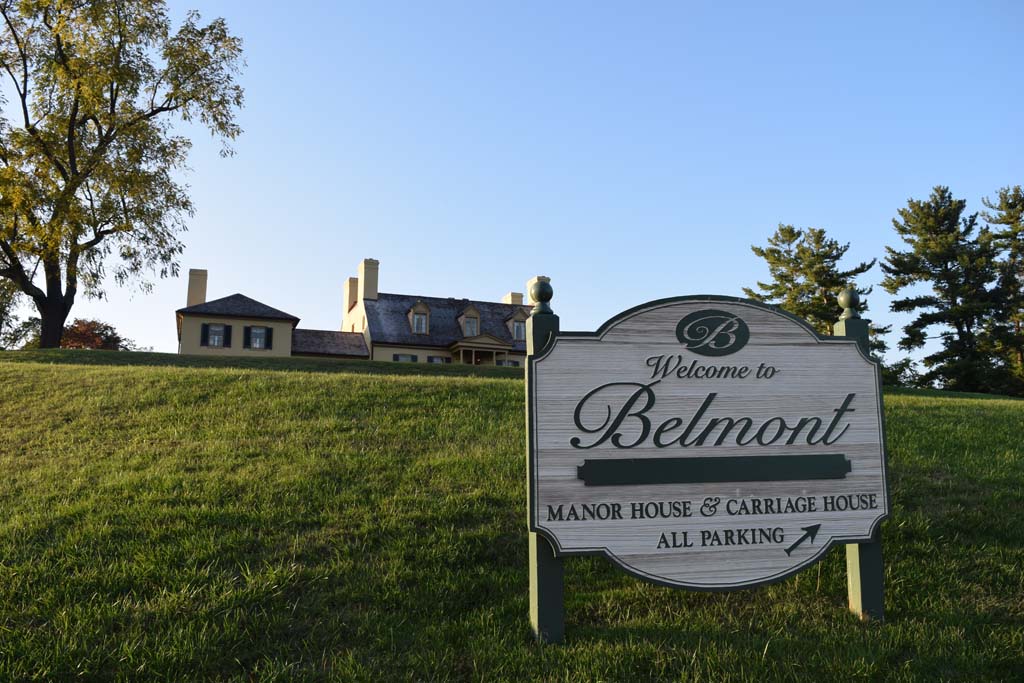 Belmont was built in 1738, home to Caleb and Priscilla

Dorsey of Elkridge. The Manor House was passed through generations of Dorseys, Hansons and Bruce families. It was bequeathed to the Smithsonian Institute.  The Smithsonian converted Belmont into a conference center. In 1983, The American Chemical Society purchased the property, which continued the tradition of providing excellent hospitality. In 2004, the Howard Community College assumed ownership while offering hospitality classses as well as continuing its tradition as a retreat and events center. The Howard County Recreation and Parks purchased the property in 2012.  The Manor was restored and sits on 68 acres of rolling hills which includes The Cottage House, The Carriage House, The Caretaker’s house,  a barn, an aqua garden, trails, a cemetery and extensive gardens. The property is also home to The Howard County Conservancy.